Yesterday was the 3rd Cotswold Wargaming Day, held in Northleach, Gloucestershire. Normally this takes place in early September and has come to mark the start of the wargaming season for me, but for obvious reasons, it was pushed back about a month or so. Dave and I had planned to put on a game as normal, but at the last minute, family matters meant that he could not make it, which was a shame, as it was the first chance to meet up for nearly two years.
Games wise we had settled upon using 'Rebels & Patriots' rules for an Imagi-Nations game in 19thC Europe in 10mm, as we had not had chance to give the Shadow of the Eagles rules a run out FtF. Not having enough 10mm figures for both sides meant a change of plans was called for. So I dug out my trusty Commission Figurines mdf figures and quickly looked for a scenario that could work solo or for anyone wishing to join in the game. Rules wise I went for 'Shadow of the Eagles' as they give a nice game that could last for a while, rather than repeated quick skirmish level games.

With everything set it was a pleasant trip through the Cotswold countryside and I arrived at the venue just after 8.00am. Keith Flint, who organised the show, was already there with his son Sam and the tables were all set up, which was good as it meant a leisurely set up could commence. It was great seeing Keith after two years and after much catching, up I got the game onto the table and I was ready to.
The Game
Luckily for me Sam was happy to join in the game and also Adam Jacques, who I have played with many time before showed up, so again a pleasant surprise to see him and to cross swords once again. Adam had never played the rules before and Sam once, with myself being a bit rusty as I had been concentrating on 'R&P'. So we kept things simple throughout, but we all picked up the rules quickly and so could concentrate on the game, rather than the rules themselves. I let the photos give an idea of how things played out and will give some post game thoughts later.

In the end we called it a hard won but fair French victory, with both sides somewhat bloodied but the Austrians certainly beaten. A few thoughts:
Other Games
As we spent most of the day on the game, I had little chance to walk and chat with as many people as I would have liked, but I did get to whizz round and take some photos.

Awards
As with other years, there were some prizes to be given out, kindly supplied by Osprey Publishing and Partizan Press. Tom Asquith was to be the judge, which was nice, keeping Stuart's memory and involvement in the show alive. Tom made a nice speech about his father and his time in our wonderful hobby, which was touching.
Best Game Overall. This went to the Battle of Sentinum.
Best Terrain. This went to the Battle of Dollitz.
Best Figures. This went to my game and Tom told us about how Stuart would have enjoyed seeing these figures, that could have been used across multiple periods, something that he was keen on himself. I was very honoured to have won, given the quality to be seen right across the boards and something I will treasure for many years to come.
All the winners got to chose a prize as well as all those who put on game, which was nice. My choice can be seen below. 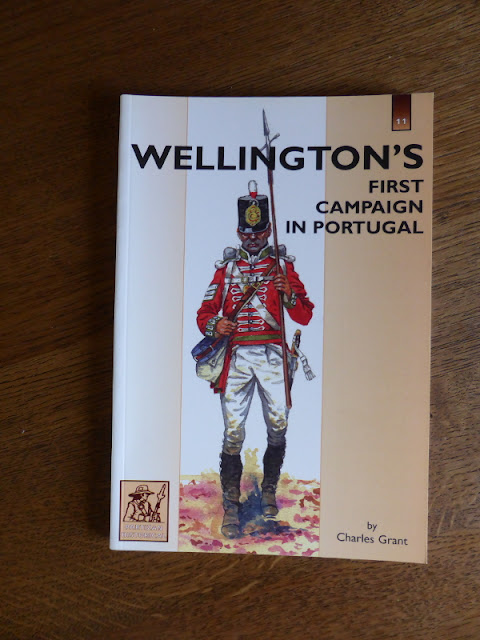 Thoughts on the Show
After so long it was great to be able to meet up and chat with friends and fellow gamers!  I'd forgotten how much I enjoyed it and frankly needed it. The atmosphere was nice and relaxed and felt more like a bunch of friends getting together for some games, rather than a show. Like a club day in fact. So many people commented on how friendly it was and we all spent as much time as we could wondering around chatting about life and gaming in general and the games in particular.
It was great to meet Norm Smith who made a surprise visit whilst on holiday in Oxfod with his very understanding partner. We didn't have time to chat as much as i would have liked but it was great to be able to put a face to a fellow Blogger. He has a nice review of the show on his Blog for another view of the show.
As with Norm, seeing Adam again was a pleasant surprise and we had a good chat on and off through out the day. As always he's a great chap to play with or against and kindly gifted me these 3D printed buildings at the end of the day. Thanks mate!

In the end I was there for 8 hours and I can honestly say the time flew by. I had a wonderful day out as I'm sure we all did and met many new gamers and of course some old friends and familiar faces. Let's hope it can go ahead next year and be as much fun as this one was.
So it only remains to thank Keith for organising this for Same helping to set things up and for playing in my game. Last but by no means least thankyou to Stuart Asquith for first nudging Keith into getting this wonderful show off the ground. He may be sadly gone but he will not be forgotten.
Posted by Steve J. at 10:21

Email ThisBlogThis!Share to TwitterShare to FacebookShare to Pinterest
Labels: General Wargaming, Shadow of the Eagles