Just over a week ago I set off early on a glorious Sunday morning for the nice drive Northleach in the Cotswolds, for the second Cotswold Wargaming Day get together. I arrived just as the caretaker was opening up, so perfect timing. Soon after fellow gamers started arriving and a flurry of activity saw the tables set up in next to no time.

I was involved in the set up and running of our game, so that I only had time for a few quick pics of the day as and when time allowed. However take a look here and here for plenty of pics and also a good overview of the day itself. 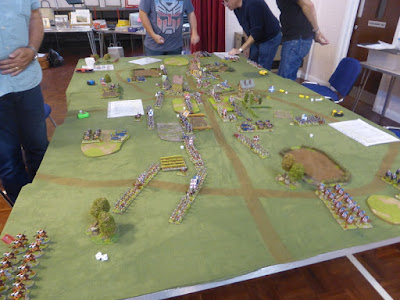 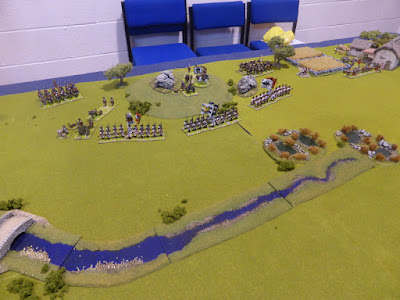 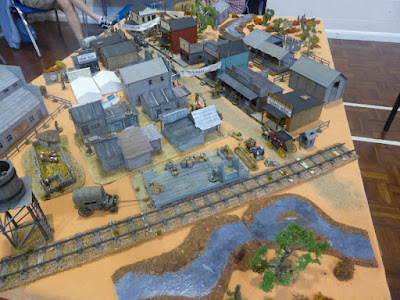 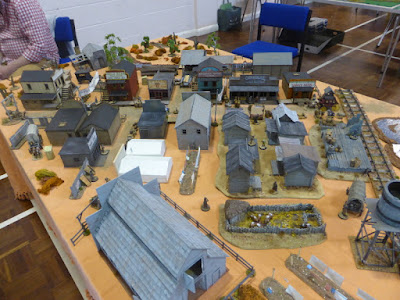 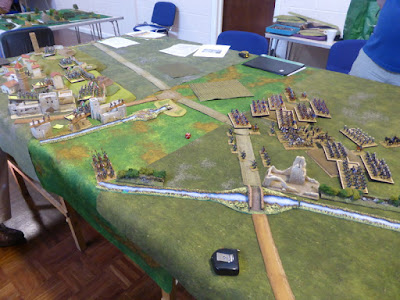 So hopefully that gives you an idea of the wonderful range of games on offer. Now onto our humble offering, which was the Battle of Kurudere during the opening stages of the Crimean War. This was a real old tussle, so much so that I took pics as and when I remembered, but hopefully you can get an idea of the action.


End of the Game
By the end of Turn 7, both sides had fought themselves to a bloody standstill. The French still held 3 of the 4 objectives, but had lost 21 units to the Prussian's 27. The French centre had gone and both flanks were under severe pressure, but the Prussians didn't have the strength or time left to take Kurudere and Poldervan to give them victory. We decided that it was a moral victory to the Prussians, but one won at considerable cost.

Honourable mention must go to Glenn, who joined in the game around the half-way point and turned round the fortunes of the Prussians with his die rolling, as mine had been pretty poor for a lot of the game!

Thoughts on the Day
So in no particular order:


So once again my 'campaign' season' got off to a great start and I can honestly say this has become my favourite show of the year. Next it is Colours and subject to having enough energy to attend the show after dropping off our daughter, I'll be heading along the M4 to Newbury...
Posted by Steve J. at 10:25