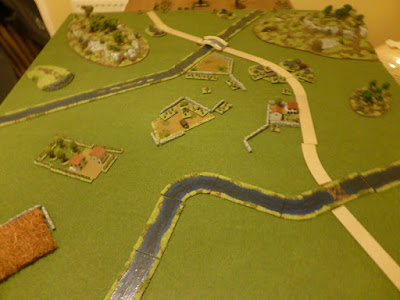 I'm also continuing with my Portable Wargames stuff and have a board in progress, but the figures haven't seen any progress of late due to the usual factors. So until next time...
Posted by Steve J. at 11:54