A few years ago I researched some local history for my 'A Very British Civil War' forces via my local library. So for my ECW Companies I already had a bit of an idea of the background that I might be able to employ. Since then the wonders of the internet has made much more information readily available for those wishing to do a bit of research. Having spent some time sorting through some ideas I have come up with the following background fluff for my protaganists:

Royalist
The Creswickes of Hanham Court are a long established family and hold substantial lands in and around the Parishes of Hanham and Bitton. Their family seat of Hanham Court used to belong to the Priory at Keynsham, until the dissolution of the monasteries under Henry VIII. The local gossips hint at them still holding onto the Catholic faith, despite outward appearances to the contrary. The head of the family, Sir Francis Creswicke, has sided with the party of the King, as he has little sympathy for those wishing to change the established order of things. He has gathered a small Company of troops, that are under the command of his son, Henry Creswicke.

Sadly Henry is a rather uncharasmatic fellow who is viewed by many has having been born with a silver spoon in his mouth. As a result his troops do not view him very favourably. Keen to re-dress this poor view of himself, Henry likes to take the offensive as and when he can, often at the head of his cavalry.

So far Henry has really failed to distinguish himself in battle, often sitting at the back away from his troops. Naturally this has done little to endear him further to his Company. Luckily for him his last battle saw the capture of some pigs so at least his troops are currently well fed...

Parliamentarian
Sir John Newton of Barrs Court is a newcomer to the area, believing he has claim to more land than he actually does. This has already seen him in conflict with Sir Francis Creswicke over land in the Parish of Hanham, which Sir Francis won in the courts. With the outbreak of the War, Sir John Newton has sided very firmly with Parliament in an attempt to change the status quo and possibly gain land that he believes is his under the guise of taking it from Papist sympathisers.

Now Sir John is not one to risk life-and-limb and so has called upon the services of one Johannes van Arnheim, a veteran of the recent Thirty Years War. His troops have quickly taken to him, probably due to a string of quick victories. He has a commanding presence which his troops admire and his superior officers have started taking note of this potential rising star. Promoted to Captain after his recent successes, his only problem is a tendency to be a bit careless, wanting to charge home at all costs, which nearly cost him dear in his last battle.
The overall history of the two feuding families is true, but I have taken liberties with which party they sided with during the Civil War. In reality they both probably supported Parliament as this part of the Country was staunchly aligned to their cause. Still a bit of artistic license is required in these things.

To give an idea of the area that the battles will take place in, the following maps will give a good overview of the Parishes and the sort of countryside around at that time.

For a bit of background reading for the period I have just ordered the following book off of Amazon. 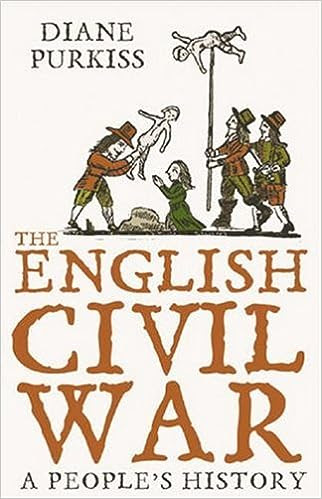 It looks to have plenty of good background information and fluff for use with 'The Pikemen's Lament', such as scenarios, units, characters etc. When I recieve my copy I will probably do a small review in case anyone is interested.

So now I have my background sorted out I need to carry one with some more skirmishes. Only a few more weeks until I collect my Pendraken goodies so my versatile wooden blocks will have to suffice in the meantime.
Posted by Steve J. at 01:55 2 comments:

A few weeks ago, Michael Leck and Dan Mersey announced a joint venture, namely a development of the Lion Rampant rules for the Pike & Shotte era, called The Pikeman's Lament , which will be published by Osprey as part of their successful wargames series.

Having played Lion Rampant (but not as much as I'd like) I was immediately intrigued to find out more. Having met Michael and his fellow Swedes (all damned fine chaps to a man) at Salute earlier in the year, I dropped him an e-mail just in case he needed any playtesters. Luckily for me he accepted my offer (the poor fool). As anyone who follows Michael's Blog (or saw his table at Salute), you will know he puts on a lovely game. His latest offerings I have particulary enjoyed due to my long interest in this period.

So why am I interested in the ECW? Well as I child I grew up just outside of St Ives in the then Huntingdonshire, and each week would see the imposing statue of Oliver Cromwell in the town centre.

I always enjoyed the film "Cromwell" as a child, siding with the Parliamentarians, probably due to seeing the aforementioned statue so much. Also just outside of Earith, where my Mum was born and a few miles from where I lived, are the impressive remains of a star fort, known as the 'Earith Bulwark'. Sadly barely visible from the road, but impressive none-the-less from the air.

So as you can see in my formative years I had a lot of exposure to the ECW, but most of it in reality probably passed me by. Then at University my friend and I used to play many, many English Civil War games as a way of unwinding at the end of a project (naturally coupled with a few beers).He was very, very interested in the period, so I used to hear a lot about it. Since then my interest has never wained and was recently piqued with my purchase of the Warlord Games Pike & Shotte rules.

Fast forward some 20 odd years and I moved to Hanham, on the outskirts of Bristol with my family. Just up the road from us is the Blue Bowl Pub, reputedly on the sight of a Roman tavern and possibly one of the oldest pubs in the country. It was used as a base by Cromwell for his operations against Bristol and the surrounding area during the ECW. A few miles away are the remains of Barrs Court, a moated Manor that was probably medieval in origin and certainly occupied during the ECW. Charles II escape from the Battle of Worcester led him along the River Avon and past Hanham on his way to Bristol.

The famous Battle of Lansdown Hill is but a short drive from where we live and now laid out with information boards showing the progress of the battle. Not only does the site have an impressive monument to Sir Bevil Grenville who fell during the battle, but it also offers superb views across the surrounding countryside.

In terms of 'The Pikeman's Lament', I already have plenty of material from which I can come up with some background information and fluff for my Royalist and Parliamentarian Companies. A few trial games have already given me a flavour of the sort of troops I like and as a result I've placed an order with Pendraken Miniatures Pendraken Miniatures for collection at Colours. In another post I will give more background info on my Companies, which have already taken on a character of their own.
Posted by Steve J. at 13:26 10 comments:

Some years ago I had the pleasure of taking part in a game at Colours with my chum Keith, where my Russians where part of a force attacking a Polish armoured train in 1939. The train attracted loads of attention throughout the day and rightly so. It certainy does make for a great centre piece to any game. Ever since then I have wanted one for my 10mm armies.

Being a typical wargames butterfly my attention wandered, only to be re-ignited when I started wargaming the 'A Very British Civil War'. Armoured trains seemed to be a perfect fit for these games and so I determined to scratch build a complete train with various options. That was around two years ago and after a flurry of research, frankly I got distracted and the project fell by the wayside. Pretty typical for me I'm afraid.

However recently I dug-out my half-finished Tatra Draisine and finally managed to finish it. The hardest part of the build was the actual size of the Draisine. The overall size is 26mm long by 12mm wide by 14.50mm high. A magnifying lamp was essential for this as my eyes are not as good as they used to be. It has taken a long time to get to this stage but I'm very happy with the result.

I haven't as yet decided on a colour scheme, but I would love to paint it in the top centre geometric camo scheme. However due to the small size of the model I'm not sure I could do it justice. In all likely hood I will go with a Polish scheme so that the Draisine (and train when it's finished) can by used for the AVBCW through to the early part of WWII with a planned future Polish army.

So having finally finished this I'm tempted to try and finish the main part of the train. I've certainly got some scenarios planned. In the meantime the Draisine will have to fight on its own, poor thing.