It was 50/50 as to whether I would attend Colours this year, due to arriving back late from driving down from Edinburgh the night before. This is my favourite large show as the venue if nice, it's easy to get to and there is normally a good mix of traders and games on show, so I am loathed to miss it. SWMBO kindly did the weekly shop which gave me time get some energy together for what seemed like a short stop along the M4. So in the end I arrived at the show just after 11.00 am.

People were already leaving with their goodies and it seemed a bit quieter than previous years, but maybe this was because I had missed that initial rush. I had nothing really in mind to see at the show, other than my usual chat with Leon of Pendraken and to see Bruce Weigle's game. I also hoped to see Walt of Commission Figurines and his 6mm MDF figures for a planned project. He is a top bloke and one of Dave's oldest gaming chums; in fact I think they started off gaming together at the tender age of 16.

So I spent the first hour or so just having a good wander to get and idea of what was on offer, peruse the book sellers and have a look at the games on show. I made a few purchases (more of which later) and then took some 'photos of the games that interested me. Apologies if I get any of the captions wrong, but hopefully they will be mostly correct. 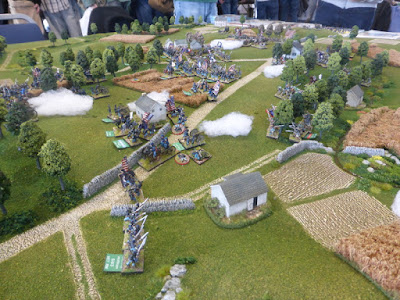 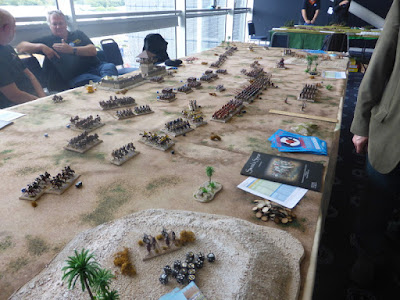