Some of my first forays into wargaming in the dim and distant past (the early-mid 1970s) were via Thane Tostig, played on my friends floor and Dungeons and Dragons, played at school during lunchbreaks. I still have very fond memories of these games, where we played for fun, made loads of stuff up and used what ever miniatures we could get our hands on. My first figure was the Airfix Friar Tuck that I used as a Cleric in D&D, followed later on by various bits'n'bobs from Minifigs, Ral Partha and Valley of the Four Winds. There was a great shop in Cambridge called 'The Old Soldier' that was the place to go and many a happy time was spent there browsing the ranges on display, looking through their catalogues and seeing what our pocket money could buy.

Over the years my wargaming tastes have changed and fluctuated, but I have still kept hold of some of my most treasured miniatures from those times, in the hope that I would find a chance to use them at some point. Mordheim proved promising but not being able to use anything other than GW miniatures in tournaments led to them remaining in their tin in the attic, out of sight but not out of mind. Then when Dan Mersey announced that he was making a fantasy version of his excellent 'Lion Rampant' rules, called 'Dragon Rampant', my hope was that I would be able to finally get to use these miniatures. 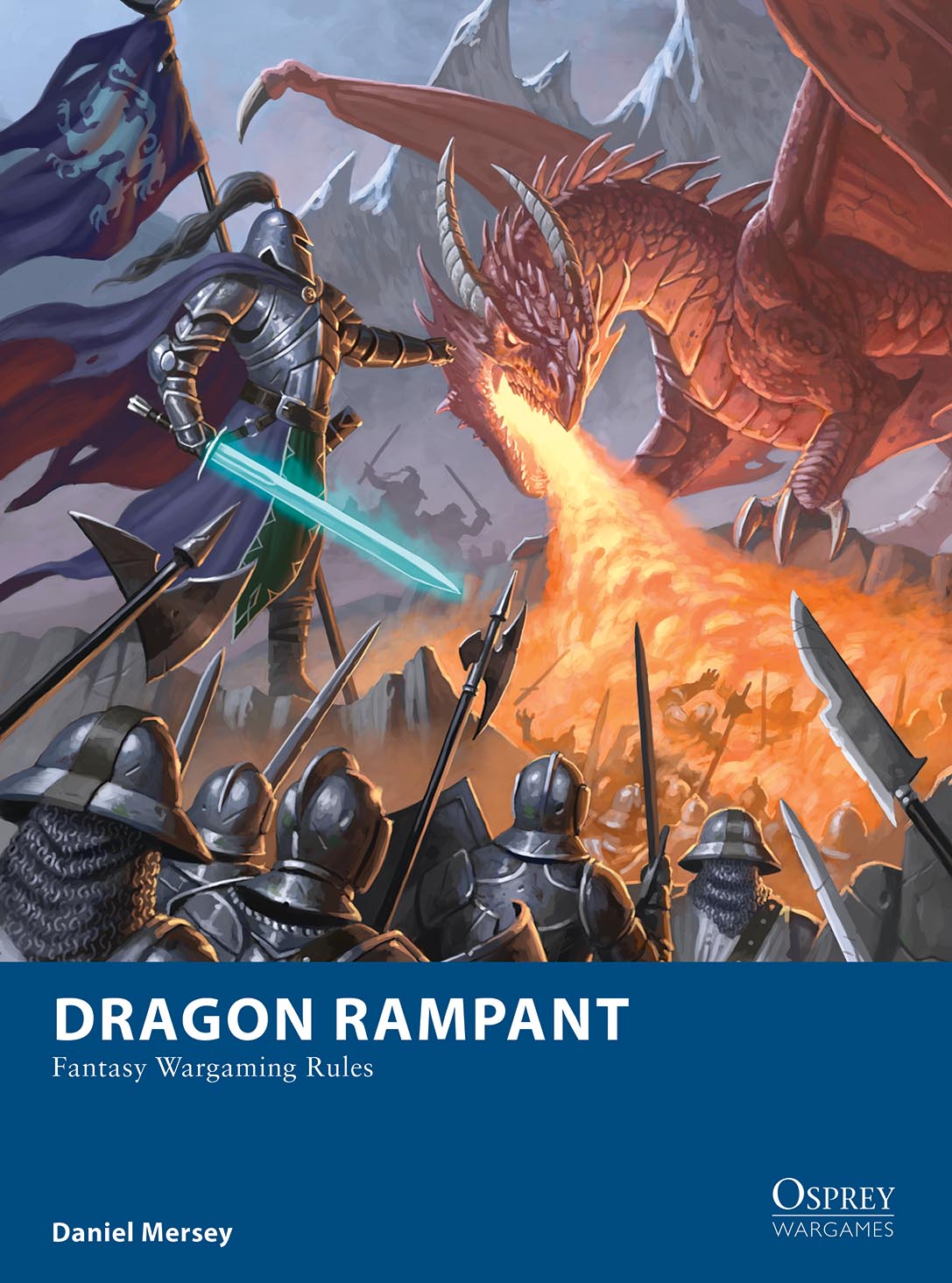 Well I was not to be disappointed. The rules were everything I hoped they would be, with the emphasis on having fun and, to quote Dan; "Create a modern day throwback to the 1970s and 1980s fantasy gaming (in a positive way!). Finally I had found some rules that would allow me to have some fun fantasy games, using what ever miniatures I wanted to and to have the freedom to create my background with out the restrictions placed upon me by other commercial rulesets.

In terms of the rules, anyone who has played 'Lion Rampant' will immediately be at home with these rules. Dan has not had to re-invent the wheel, he has simply added on some nice 'Fantastical Rules' to give that fantasy feel, such as Clerics, Spellcasters, Undead etc. These can be added to the standard units to create the sort of unit you want. Very handily Dan has given a whole host of sample warbands as well as guidance for fielding things such as Giants, Dragons etc. This makes it very useful when first planning out your warbands.

There are 7 scenarios included in the book, each with a nice fantasy twist to them. But the existing scenarios in 'Lion Rampant' can be used as is for 'Dragon Rampant' and vice versa. The same will be true of the forthcoming 'The Pikemen's Lament' I'm sure.

Sadly, from my point of view, some players have already started to try to max out units and to bend the rules to gain the maximum advantage that they can. Where is the fun in that?  Fortunately most of my games will be solo and follow a narrative campaign, where the emphasis will bery much be on having fun!

So what do I have planned? Well my initial warbands are well under way and will consist of the following:


In terms of background fluff, I've got plenty of ideas at present. Probably my favourite one is to set things in and around the Forest of Dean, with the Forest Trolls almost as the 'good guys' looking after the Forest. The Goblins are typically the 'bad guys', who may have mined too deeply and awoken something in the deep, that should have remained undisturbed (not original I know but I like it!). I plan to add in Saxon/Vikings for that 'Human' element and to allow me to field a hopefully different warband from the Forest Trolls and Goblins. When 'The Pikemen's Lament' is published, my English Civil War troops (think Soloman Kane) will find themselves battling the forces of Darkness, namely the Goblins. I may even throw in some Undead just for the fun of it!

Giants, Ogres & Dragons will make 'guest appearances', either as part of a scenario or with a warband as and when the narrative allows. This is simply an excuse to get my favourite models onto the table and roll some die with them after all of these years.

So there you have it. Pictures and details of the warbands will follow in due course, but at least I have finally found the rules I have been looking for for all these years. Happy Days!
Posted by Steve J. at 04:28